Lucile and the Idleness of the Mechanical Men is now officially finished!
I'm aiming at having a full trailer by the end of the week and should start sending it to festivals real soon!

I posted a few new Ghost Town tracks to soundcloud and they are getting a great reception! Check them out!
http://soundcloud.com/ghost-town

And finally, I got my wedding video website up and running, hopefully I'll be getting some bookings for this summer, so if you know anyone who needs a wedding video in Bournemouth or surrounding area send them to me! http://laikaweddingvideos.co.uk/

Wow, I have been neglecting this site a bit...

Hmmm... let's see, what's new... I have abandoned the project Tread Softly I don't have enough money or time to finish it. Hopefully I'll be able to continue working on that film at some point in the future.

On a brighter note, LUCILE AND THE IDLENESS OF THE MECHANICAL MEN is practically finished now! You can watch a little teaser here, I promise I will put together a proper trailer real soon.

I just uploaded some music I made with Adam Harmer and Joe Anderson yesterday. It was our first time playing together and we were just pissing around and it was all recorded into a dictaphone, so don't expect a masterpiece.

Also, I have been editing the sound for Lucile, which requires a lot of work, but I am expecting to have enough finished in the next few days so that I can put together a quick trailer by the weekend!

Just added a lot of music, mostly from films.

Lucile and the idleness of the mechanical men is currently
being edited.
A scene still needs to be re-shot in the snow. 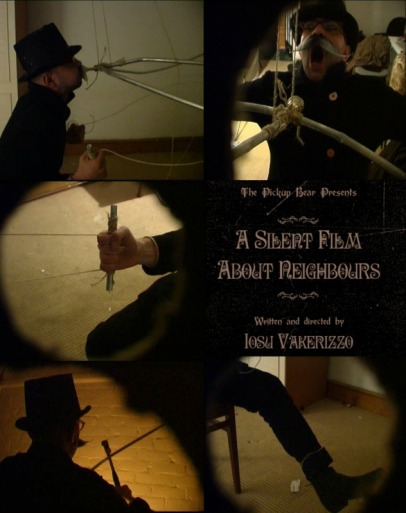